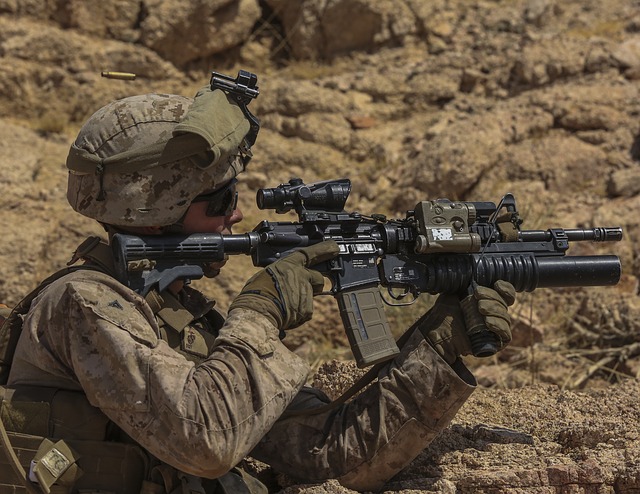 T-Worx Holdings, LLC, a product innovation company, announced it will support the contractors chosen and announced by the Army today to develop weapons for the Next Generation Squad Weapons (NGSW) program.

T-Worx is currently the only approved vendor for the U.S. Army’s Picatinny Smart Rail, synonymous with the T-Worx Intelligent Rail® platform (I-Rail®). The platform is included as a threshold requirement for the Army’s NGSW Rifle and Automatic Rifle. As part of the Army’s down-select process announced today, T-Worx supported the Original Equipment Manufacturers that submitted proposals for the NGSW earlier this year. The manufacturers selected by the Army (General Dynamics-OTS Inc., AAI Corporation Textron Systems, and Sig Sauer Inc.) will produce these intelligent weapons for final evaluation and selection of one company to field the NGSW weapons in 2022.

A culmination of a 10-year relationship with the Army, the T-Worx I-Rail brings networked lethality with integrated power and data to the soldier weapon. The U.S. Department of Defense will begin funding the NGSW program with the FY20 budget in a 10-year procurement program expected to produce at least 250,000 soldier weapons that are intended to replace the existing M4 carbine and the M249 squad automatic weapon. The initial five year R&D budget supporting the NGSW and the NGSW-Fire Control exceeds $370MM, with an estimated $1.5B expected to field the 250,000 NGSW systems.

As a required enabling technology, T-Worx achieved a huge milestone for the Army’s modernization priorities while also reaching rare Phase III SBIR funding for its I-Rail that can increase soldier lethality, survivability, and operational effectiveness. A SBIR success story, T-Worx combined private investment with SBIR funding to further its intellectual property and enhance its data capabilities.

“The Army is facing a culture shift for quickly equipping our service members with modernized weaponry. The I-Rail helps the Army achieve a networked battlefield. T-Worx is engineering the most innovative products to meet the demands of an evolving battlespace. We are thrilled with the creation and progress of Army Futures Command working together with industry and the military to modernize our force more efficiently – a key factor in maintaining overmatch against potential adversaries,” said Don McLaughlin, President, T-Worx Holdings, LLC.

The Rail Operating SystemTMA solution for soldiers to lighten their load by carrying less batteries and connecting all devices mounted on their weapons, the T-Worx’s smart weapon technology is a critical component for future warfare. Its Rail Operating System (ROS™), a software product combined with the I-Rail platform, fits with weapons produced by multiple manufacturers and enables soldiers to connect their weapons with the battlefield network and command centers.

The core ROS platform is what companies are using to develop apps and accessories that connect various sensors and enablers to the I-Rail. The possibilities of data and power are significantly enhanced by the ROS that collects and streams data for commanders to process and use to make intelligent decisions and to execute simultaneous and sequential operations.

Artificial Intelligence and Why Smart Weapons MatterT-Worx Advisor, Retired Gen. John Campbell, former Army Vice Chief of Staff, says, “The capability that this technology brings to the soldier on the ground is absolutely game changing. The Intelligent Rail will help overcome the erosion in close combat overmatch and capitalize on advancing technologies to increase performance at range. Integrating both squad fire control systems and this rail design will enable better situational awareness and increased lethality. We owe the very best equipment available to our men and women.”

Dismounted soldier equipment such as the I-Rail gives soldiers and warfighters the advantage of fighting intelligently. “Regardless of weapon platform, the I-Rail is the staple that will give commanders real-time information to exploit and penetrate enemy weaknesses. Throughout the I-Rail development process we knew the military needed a technology that addressed threats, not only capabilities. This forward thinking technology supports the U.S. Army Multi-Domain Operations, 2028,” notes McLaughlin.

T-Worx’s technology solution enables small arms to reach new thresholds by packaging multiple pieces of equipment into one integrated network that gives soldiers and commanders a more comprehensive picture of the battlefield. Beyond weapons, the integrated and real-time data leads to modernized, mission-ready soldiers and helps ensure that the U.S. remains the leading global force.

AI and the future of work: 5 experts on what ChatGPT, DALL-E and other AI tools mean for artists and knowledge workers