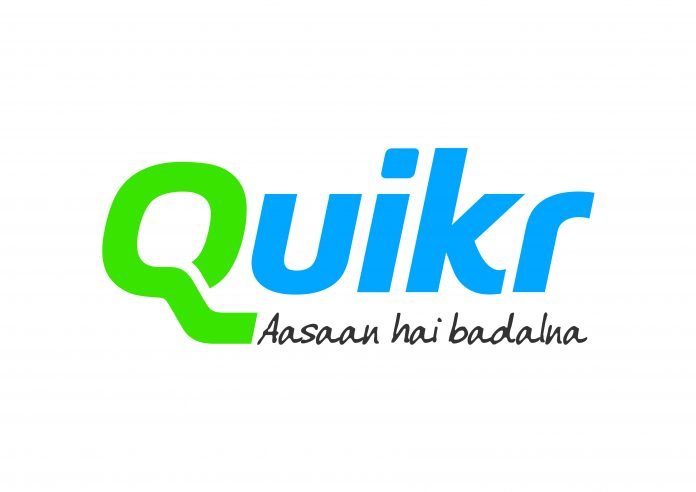 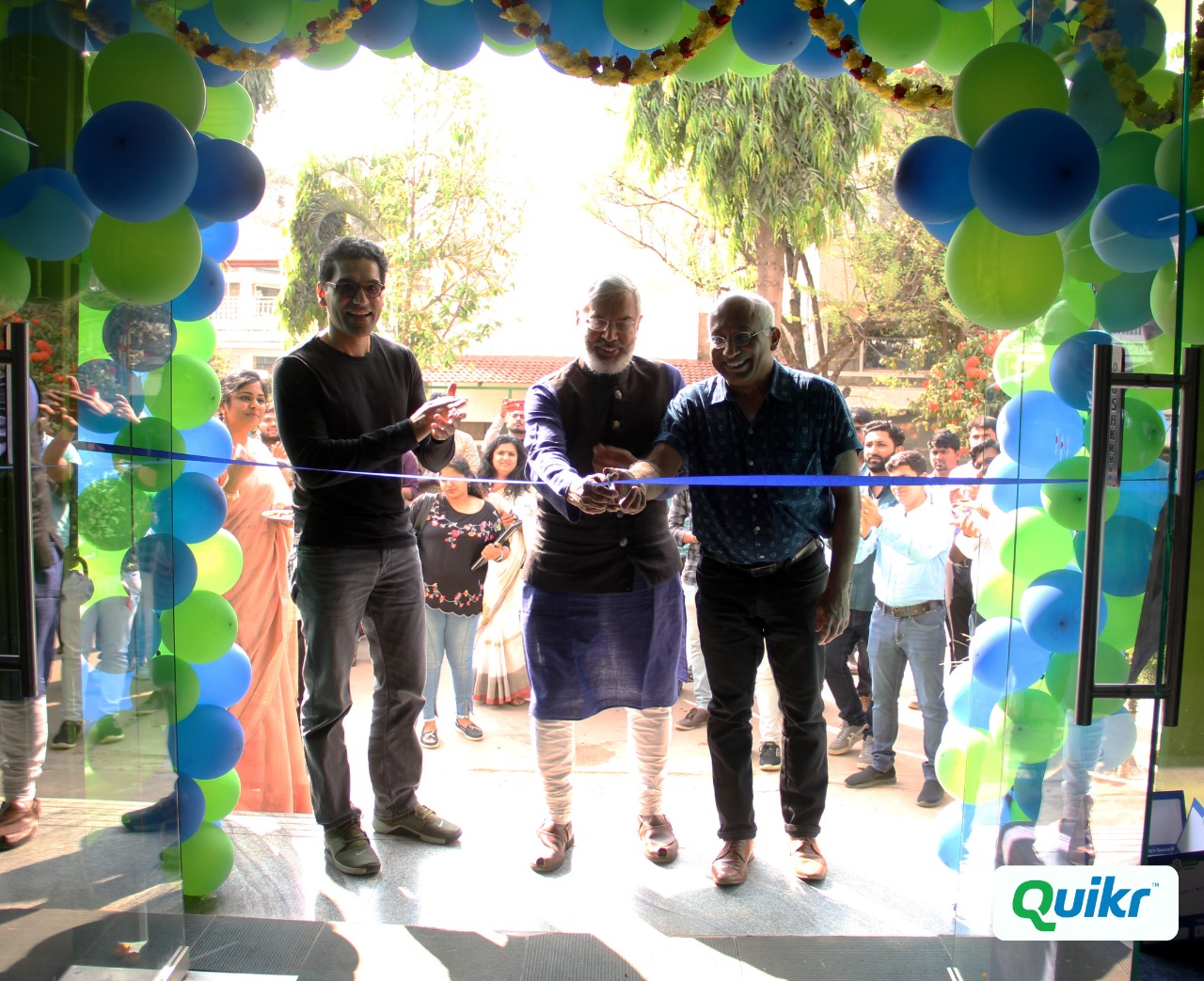 Quikr​, India’s no.1 cross-category classifieds business, today announced its collaboration with Centre for Environment Education (CEE) to spread awareness among Indian consumers on the environmental benefits attached to reusing as a concept. Both parties also launched a joint report through which Centre for Environment Education has analyzed and measured the environmental impact of reusing pre-owned products through Quikr. Along with this, Quikr also inaugurated its in-campus QuikrBazaar Experience Zone in Bangalore to provide additional channels and increased accessibility for its consumers. The event was graced by Mr. Kartikeya V Sarabhai, Founder & Director of CEE and Mr. G V Dasarathi, Environmentalist and an ardent propagator of reusing as a concept through his house, popularly known as Kachra Mane; along with Pranay Chulet, Founder & CEO of Quikr.

This study which helps understand the environmental benefits of the used goods market in India has analyzed equivalent of water saved annually by Quikr. Simultaneously, it also highlights the equivalent of trees or carbon emissions saved on the platform. The products considered for the study generate highest traffic on QuikrBazaar which is Quikr’s consumer goods vertical. These products include laptop, computer, AC, fridge, washing machine, smartphone, television, microwave, vacuum cleaner, music system, gaming consoles and wooden furniture.

Further, the study reveals that annually, Quikr is helping save 204 million kgs of carbon emissions which is nearly equal to the annual eCO2 emissions of the city, Shimla having population of 1.69 lakh (According to census 2011), or the equivalent of 10 million trees. Simultaneously, Quikr is also helping save 5 billion litres of water, annually, and this is nearly equal to the annual water requirement of Kapurthala in Punjab, having a population of 99000 (according to census 2011). Being a Made in India business, Quikr, through its business model has embraced re-using as a concept right from the get-go. Through this initiative, Quikr aims at making passive consumers of environmental benefits, active; and lead the path wherever possible.

“With the current environmental crisis getting bigger by the day, the thought of not doing anything for future generations just didn’t feel right to me. I realized that this crisis isn’t going away if we collectively don’t take responsibility to change our habits. Today, many countries are following the concept of reusing to reduce the amount of waste generated and the answer was right there. The true essence of a platform like Quikr is that we are already helping India by exploring its waste to wealth possibilities through the concept of reusing. The ripple effect caused by the likes of hundreds of thousands of people who interact with companies like ours on a daily basis can help make a sizeable impact towards a greener world. And we could not have had a better start than collaborating with none other than CEE”, said Pranay Chulet, Founder & CEO at Quikr.

The Founder & Director of CEE, Mr. Kartikeya V Sarabhai adds, “Every effort to reuse counts and our idea is to help people realize the facts about the reduction in footprint at an individual level when they choose to reuse. While it not only helps minimize the waste going to landfills, reusing increases its life and also reduces the impact of the supply chain on the environment at a reduced cost. It requires no extra natural resources except when refurbished to improve its performance which is still a far better choice. At CEE, we’ve analyzed and measured the environmental impact of reusing pre-owned products. Quikr has been in the business of pre-owned goods for a decade and has a mass appeal that we found most opportune to collaborate at this juncture, thus doing our bit for future generations.” 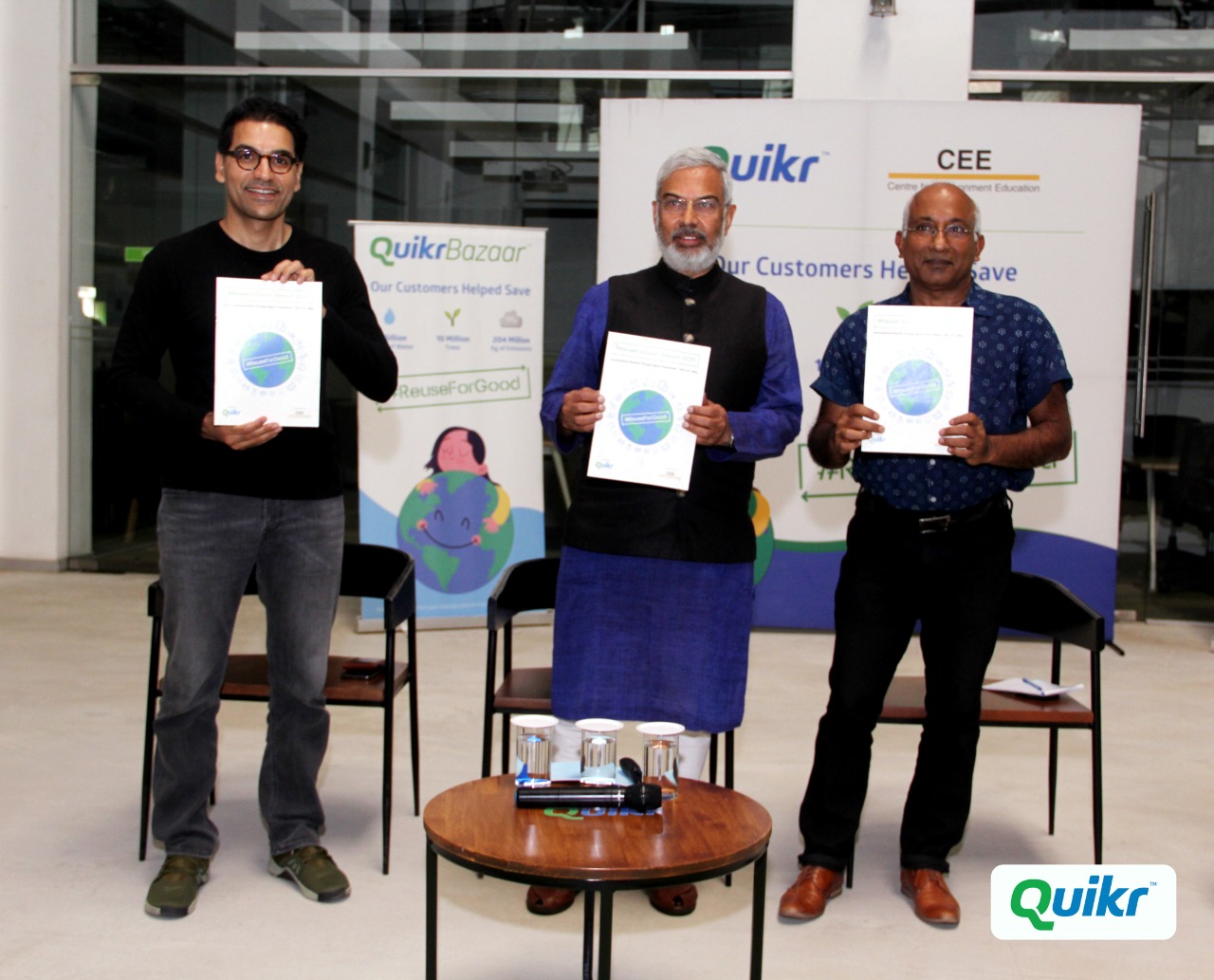 Entrepreneur & an ardent propagator of the concept of reusing, Mr. G V Dasarathi shares his inspirational story, “Thanks to my parents, since my childhood, I’ve lived an environment-conscious life. I also believe that one man’s trash is another man’s treasure and my house, ‘Kachra Mane’ is an example of it, I’ve built my house from reused materials. Also, there are many used and unboxed products (which are as good as new) sold at reasonable prices and I use such pre-owned furniture, electronics & appliances in my house. The world is facing mass destruction and sustainable living is critical. I am doing my bit to save the environment and I am thrilled to see that hundreds and thousands of Indian consumers who use platforms like Quikr are helping in making a change too.”

With natural calamities like global warming haunting the planet, people all over the world are following the concept of re-using to reduce the amount of waste generated. Re-using is not the only answer to this problem, but this kind of resource efficiency reduces pressure on the environment. Countries like Sweden, Denmark, Netherlands, Scotland, and Japan (among others) are already implementing initiatives that encourage this model. Today, Quikr is proudly one of the first few to talk about reusing in India. By educating and spreading awareness on its benefits, Indian consumers can help in creating a multiplier effect on the environment.

For more details on how Quikr and its consumers are helping save the environment, click here – https://www.quikr.com/bazaar/reuse-for-good