MariaDB® Corporation today announced the opening of its new United States headquarters in Redwood City, California. The new office makes MariaDB a neighbor to Redwood Shores-based Oracle at the same time as MariaDB’s Oracle compatibility and Red Rover migration practices are saving more database professionals from Oracle’s predatory pricing and legacy architecture. Migrations from Oracle to MariaDB in 2019 thus far more than tripled over all of 2018. The larger, modern U.S. headquarters supports MariaDB’s growth goals to triple all aspects of the company’s business, including research and development, customer success, sales and marketing.

The new Silicon Valley headquarters also signals the company’s increasing industry prominence in the largest global enterprises. MariaDB is the backbone of services relied upon by businesses and people every day. From using the Samsung cloud to fill prescriptions at Walgreens to powering financial systems at the largest banks around the world, more than 75 percent of the Fortune 500 run MariaDB, touching the lives of billions around the world.

“Our innovation, particularly in the cloud, is driving us toward a level of success that surpasses our most aggressive goals,” said Michael Howard, CEO of MariaDB Corporation. “MariaDB can now be found supporting the most challenging business applications globally. This will be an extraordinary year in our continued evolution. The Redwood City office represents an important milestone for our talented, growing team who now enjoy everything the popular downtown location has to offer, including Caltrain connectivity.”

“MariaDB is a welcome addition to our growing community of innovative companies here in Redwood City,” said Ian Bain, mayor of Redwood City. “When the City Council envisioned for the future of our city, and the revitalization of Downtown began, MariaDB was exactly the kind of company we’d hoped to attract. We’re now home to hundreds of growing businesses that are transforming industries and forging new paths. Without question, this describes MariaDB, and its presence here further establishes Redwood City as a technology epicenter.”

In addition to its new Redwood City HQ, MariaDB maintains a second headquarters in Helsinki, Finland. In the last 18 months, the company doubled its headcount globally to support R&D efforts and a rapidly growing worldwide customer base. Among its most prominent recent innovations, MariaDB announced in February that it is building a native cloud offering, SkySQL, while its machine learning and scale-out database technology initiatives continue to advance. 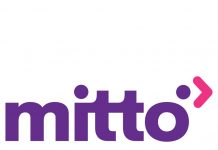 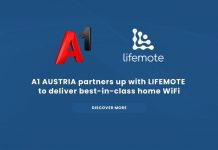 ABOUT US
Techdash provides latest news and views in Information Technology, Mobile, Cloud, Telecom, Apps and other tech articles. Our goal is to publish the content while covering the network of business and technology news and thus helps audience who need timely news and reliable analysis from industry leaders.
Contact us: info@techdash.in
FOLLOW US
© Techdash.in - 2021
Home Page loaded with99 queries in 0.410 seconds.
Posting....