Three public and private institutions each would be conferred with ‘institute of eminence’ status that would give them unprecedented administrative and academic autonomy, human resource development minister Prakash Javadekar has said.

BITS Pilani and Manipal University too have bagged the eminence tag. Reliance’s Jio University is the only greenfield institute selected from the four private entities that applied for the status.

Not a single central or state university or IIM has made it to the coveted shortlist. 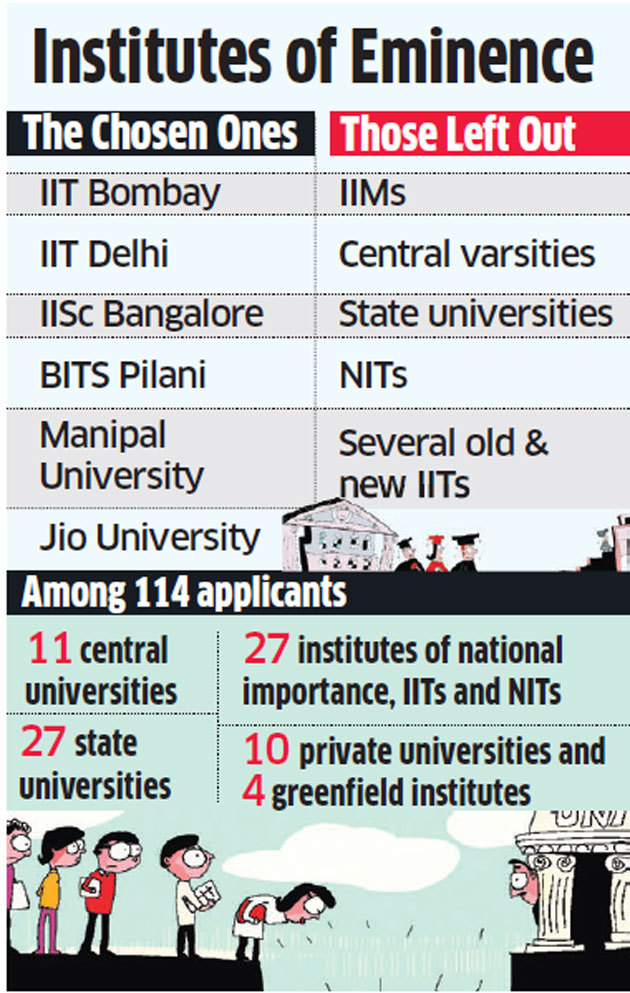 After three years, it will be assessed if it has achieved what it promised and only then will the status be accorded or withdrawn as the case may be. They were chosen as they were ready with a clear academic and administrative plan, funds and land possession.

These are the things that will be looked at in greenfield category as there is no academic record to assess.” The HRD ministry defended the move citing clause 6 of regulations related to the scheme that provides for greenfield institutes to be conferred the status to “allow responsible private investment to come into building global class educational infrastructure, thereby benefiting the nation”.