Industry leader Bitcoin.com has announced plans to launch a new cryptocurrency exchange on Monday, September 2. The exchange offers a user-friendly place to trade with a clean, simple interface to promote easy navigation, along with high-liquidity and a powerful matching engine to support fast trading.

Traders will be able to trade against some of the most popular base currencies including Bitcoin Cash (BCH), Bitcoin Core (BTC), Ethereum (ETH), and Tether (USDT). These will give users the chance to exchange a broad array of digital assets through dozens of different trading pairs.

It’s also been announced that the exchange will soon support a new trading option: Simple Ledger Protocol (SLP) tokens. These tokens, which exist on the back of the Bitcoin Cash blockchain itself, can be created by anyone and will soon be tradable directly on The Bitcoin.com Exchange.

Ver highlights, “We’re on the cusp of something very exciting with SLP tokens. It’s the beginning of a world where we can tokenize anything and, as people realize the potential this holds, they’re going to start demanding a place to trade their tokens. That’s why we’ll be supporting SLP tokens on The Bitcoin.com Exchange.”

Additionally, Bitcoin.com’s exchange also seeks to reassure traders. Speaking about the upcoming exchange launch, Ver explains, “Bitcoin.com has been around the space for many years now and we hope that the quality products we’ve already built—our wallet, our merchant app, and so on—help to reassure users and remind them that we’re an established brand they can trust.”

In the run-up to the launch of The Bitcoin.com Exchange, users can pre-register and will be rewarded for doing so. Rewards include 25% discounted trading fees for the first three months and the chance to win prizes worth over $10,000 through a prize draw. To be eligible for this prize draw, users must pre-register and then make a trade within the first week of the exchange launching.

Bitcoin.com will be revealing which prizes can be won over the next few weeks on their Twitter channel. The first prize, which has been revealed on a company blog post announcing the exchange, totals $5,000 with five winners each winning $1,000 of BCH. All prizes are exclusive to users who register before the exchange launches at the beginning of September. 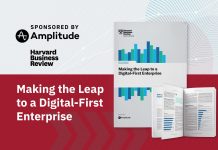