FAT(file allocation table) is ancient in computer terms. Because of its age, most operating systems-including Windows NT, Windows 98, MacOS, and some versions of UNIX-offer support for FAT.

Microsoft created the new technology file system (NTFS) to compensate for the features it felt FAT lacked. These features include increased fault tolerance, enhanced security, and so on.

Once you’ve considered your partition size and compatibility issues, you have some flexibility in determining which file system is right for you. When making this decision, you should consider fault tolerance. Windows NT offers software support for several alternate disk-access methods that increase speed and/or fault tolerance. These options include disk striping and disk striping with parity. Many of these options require NTFS. If you’re planning to use a hardware-based stripe set, you can use either file system.

Even without these advanced fault-tolerant options, NTFS includes built-in fault-tolerant capabilities well beyond the capabilities of FAT. For example, when NTFS writes a change to the hard disk, it makes a record of the change in a log file. In the event of a power failure or a disk error, Windows NT can use these log files to repair your data.

NTFS also repairs hard disk errors automatically without displaying an error message. When Windows NT writes a file to an NTFS partition, it keeps a copy of the file in memory. It then reads back the file to make sure it matches the copy stored in memory. If the copies don’t match, Windows NT marks that section of the hard disk as corrupted and won’t try to use it again. It then uses the copy of the file stored in memory to rewrite the file to an alternate location on the hard disk.

The FAT file system doesn’t offer any of these safety features. While FAT does maintain two copies of the file-allocation table, in case one copy is damaged, it’s incapable of automatically fixing errors. Instead, you must run a utility such as Scandisk.

As we mentioned before, NTFS has a built-in security system. You can grant various permissions to directories and to individual files. These permissions protect files and directories locally and remotely. For example, if someone were to sit down at a PC containing restricted files, NTFS would protect those files.

If you’re using FAT, you’re dependent on share permissions for security. Share permissions will protect a file across the network, but they offer no local protection. A person trying to access restricted files could simply sit down at the local PC and gain full access to these files. Another disadvantage to share permissions is that they can be messy to manage. Suppose you have hundreds of users on a server, each with his or her own directories. You could potentially end up with hundreds of shares-and some of them may overlap, which creates additional complications.

This article may seem to say that NTFS is superior to FAT and that unless you have a small partition or need compatibility with other operating systems, you should always use NTFS. However, this isn’t the case.

As we mentioned earlier, NTFS partitions are accessible only via Windows NT. If you have a fatal error with Windows NT, you can’t simply boot a system disk to a command prompt and fix a problem on an NTFS partition. To get around this problem, Microsoft recommends installing a second copy of Windows NT on your hard disk and using this copy to repair problems that occur on NTFS partitions.

Unfortunately, this method has some serious drawbacks. For starters, a second copy of Windows NT could consume up to 150 MB, depending on which options you choose to load. Second, during the boot process, both copies share common files. Therefore, if your system partition (the partition your PC boots from) is formatted as NTFS and has a problem, you may not be able to boot either copy of Windows NT to fix the problem. While you may think the odds of a system partition error are slim, remember that many changes you might make to your disk partitions result in having to manually update the Boot.ini file. If you incorrectly update this file, Windows NT will become unbootable. Since this is an initial boot file on the system partition, every installed copy of Windows NT would share this file.

A better solution is to format your system partition as FAT. If you’re concerned about security, simply make the system partition small and don’t place anything other than the Windows NT system files on it. Remember, a FAT partition is safe from a security standpoint, as long as no unauthorized person has physical access to the machine.

If you’ve read this article and wish you could use NTFS on some of your partitions that already contain data, you can easily convert a partition to NTFS. To do so, open an MS-DOS Prompt window and type the following command:

For example, if you want to convert your D drive to NTFS, you’d replace the word drive with the letter D, as follows:
CONVERT D: /FS:NTFS 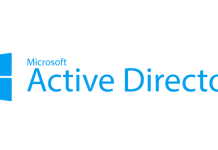 What is the difference between a Domain and Workgroup?

What are FSMO Roles in Active Directory

What is Active Directory and Where it is Stored?

ABOUT US
Techdash provides latest news and views in Information Technology, Mobile, Cloud, Telecom, Apps and other tech articles. Our goal is to publish the content while covering the network of business and technology news and thus helps audience who need timely news and reliable analysis from industry leaders.
Contact us: info@techdash.in
FOLLOW US
© Techdash.in - 2021
Home Page loaded with85 queries in 0.407 seconds.
Posting....