Dalal Street found the proposals made by the Finance Minister woefully lacking in the longest Union Budget presented ever. Domestic investors were also cautious ahead of the Union Budget.

With a vision to revive the economy which is going through a slowdown, Finance Minister Sitharaman said that Union Budget 2020 will boost income and purchasing power of Indians. She also said that the current Budget aims to meet the hopes and aspirations of all sections of the society.

Calling the budget competent, rational and long-term goal-oriented, Deb Mukherjee, CEO, Wisdom Capital, said, “Disposable income of the middle class will increase with tax benefits. This translates into more purchasing power which is good for the economy. The proposed LIC IPO is good news for the markets as well.”

“Data centre parks, huge national gas grid, fibre to home through the grand BharatNet scheme, and investments in quantum technologies are some of the key measures announced by the Finance Minister. These will definitely be attractive to the investors,” he added.

Mukherjee also welcomed the proposed reform measures for the electricity sector which is reeling under huge distribution losses by proposing a plan to install smart and prepaid meters. 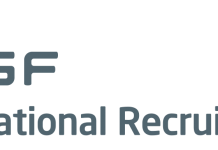 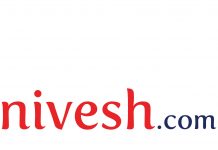 One-Third of Global Smartphones Sold in 2019 Had Embedded Hardware Security,...

ABOUT US
Techdash provides latest news and views in Information Technology, Mobile, Cloud, Telecom, Apps and other tech articles. Our goal is to publish the content while covering the network of business and technology news and thus helps audience who need timely news and reliable analysis from industry leaders.
Contact us: info@techdash.in
FOLLOW US
© Techdash.in - 2019