In November 2019, just before recreational sales began, Michigan had 268,566 medical marijuana patients and 36,392 caregivers. By June 2021, nearly a year and a half later, the state still had 252,330 and 30,670. This small dip sharply contrasts with other states, which saw the number of registered patients plummet shortly after legalization.

“Having a medical marijuana card is still a huge advantage for patients in Michigan,” says Alex Milligan, NuggMD Co-founder and CMO. “You can assign a caregiver for cultivation, avoid the 10% excise tax, get extra discounts, access cannabis in cities that ban recreational sales, and even receive legal protections in medical-only states that offer reciprocity when traveling. It’s easy to see why the medical marijuana market in Michigan is still strong.”

Michigan’s recreational cannabis laws allow anyone over 21 to cultivate up to 12 plants, but rental agencies and landlords can still restrict cultivation on their properties and often do. Patients in this situation who need commercially unpopular strains, or need to grow their own for other reasons can assign a caregiver to cultivate for them, often for much lower costs than dispensaries. Last year, the state legislature attempted to restrict caregiver cultivation amounts, but resistance from activist patients and caregivers derailed the restrictive legislation.

“The continued strength of Michigan’s medical marijuana community despite adult-use legalization is clearly due to the intense activism of patients, caregivers, and advocacy organizations,” says Kam Babazade, NuggMD Co-founder and COO. “It’s incredible to see the community come together to maintain Michigan’s caregiver protections despite attempted legislative restrictions. We’re pleased to see that many licensed dispensaries also support these efforts. They set an example we can all learn from.”

NuggMD’s platform is available from 8 am till 10 pm seven days a week. No appointment is needed, and patients who don’t qualify for Michigan’s medical cannabis program won’t be charged for their evaluation. 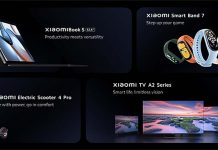 ABOUT US
Techdash provides latest news and views in Information Technology, Mobile, Cloud, Telecom, Apps and other tech articles. Our goal is to publish the content while covering the network of business and technology news and thus helps audience who need timely news and reliable analysis from industry leaders.
Contact us: naveen@techdash.in
FOLLOW US
© Techdash.in - 2021