“We hope that with these tests, we can keep users and vendors engaged in system security and mitigating the ever-evolving threat landscape,” said Peter Stelzhammer, co-founder of AV-Comparatives. “For these solutions to continue to grow and evolve, tests like these are crucial to providing accuracy and accountability.”

Details and Tipps for Windows users:

The Real-World Protection Test conducted by AV-Comparatives simulated real-world conditions as experienced every day by users. The test accurately determined if each threat used was able to make any changes to the test system. To ensure that security programs do not plague users with false alarms, AV-Comparatives put all the products through a false-positive test.

A total of 5 products reached the highest award level, ADVANCED+, in this Real-World Protection Test. These were (in alphabetical order): Avast, AVG, Avira, Bitdefender, and Kaspersky.

Details and Tipps for mobile users

AV-Comparatives used more than 3,000 recent malicious applications for the Android operating system in the mobile malware protection test. The results clearly showed the advantage of using a third-party antivirus product to protect smartphones against Android malware.

Past criticism of security programs is that they cause a significant drain on the device’s battery. AV-Comparatives addressed this issue by running a battery-drain test. Each product’s effect on battery life during everyday phone usage (such as making calls, surfing the Internet, watching videos and sending emails) was measured.

As well as the results of the tests, the report includes general security advice and information for users of Android devices. The security measures incorporated into Android are considered, along with the effect on third-party security apps. Security tips for Android users are also provided.

All tested Android products passed the criteria of AV-Comparatives but Google.

Like all AV-Comparatives’ public test reports, these two reports are available for free at this link: https://www.av-comparatives.org/latest-tests/

What are Intrusion Detection Systems? 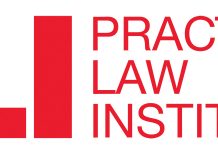 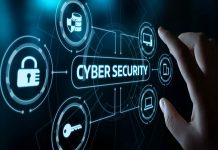 ABOUT US
Techdash provides latest news and views in Information Technology, Mobile, Cloud, Telecom, Apps and other tech articles. Our goal is to publish the content while covering the network of business and technology news and thus helps audience who need timely news and reliable analysis from industry leaders.
Contact us: info@techdash.in
FOLLOW US
© Techdash.in - 2021
Home Page loaded with102 queries in 0.419 seconds.
Posting....