Did Author Dean Koontz Predict ‘Coronavirus’ In His Thriller Book?

That’s the question in everyone’s asking.

Conspiracy theorists and fans supportive of thriller authors are sure that Dean Koontz had predicted the coronavirus pandemic nearly 40 years ago.

Writer Dean Koontz wrote about Wuhan-400 in his bestselling book The Eyes of Darkness which was first published back in 1981. The Koontz book, “The Eyes of Darkness” mentions deadly virus “Wuhan-400”. In this book, he describes it as a “severe pneumonia-like disease” that spreads attacking “the lungs and the bronchial tubes and resisting all known treatments.”

The book’s deadly disease is named after its origin in Wuhan, China, same place as the current outbreak. In Mr Koontz book, The Eyes Of Darkness, Wuhan-400 is a biological weapon that kills anyone it comes into contact within the first 12 hours.

One of the characters in the book says Wuhan-400 would wipe out a city or country without “costly decontamination” The book reads as follows: ”Wuhan-400 is a perfect weapon, it only affects people.” 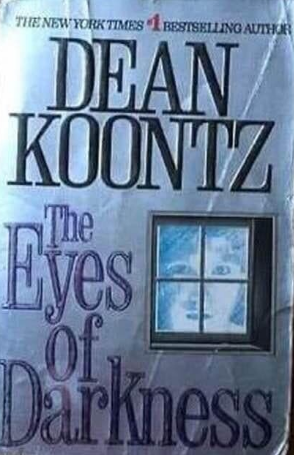 Back in Mr Koontz’s book Wuhan-400 kills people by attacking the brain. It reads: ‘The virus migrates to the brain stem and there it begins to secrete a toxin that literally eats away brain tissue such as cheesecloth dissolving battery acid. It destroys the part of the brain that controls all of the body’s automatic functions. ‘

Covid-19, on the other hand, mainly affects the respiratory system with a dry cough and flu like symptoms.

His book is selling like hotcakes right now as people want to know if the author Dean Koontz has an inside scoop on the dreaded ‘coronavirus’ which plagues the country known as China now as well the rest of the world. Europe is the second most afected continent, with Italy recording maximum number of cases.

And as per The Daily Mail that virus was originally called Gorki-400 in the first edition of The Eyes of Darkness. It was named after the Russian city, where the author had originally placed the biological warfare lab, before shifting it later to China. Mr Koontz rewrote his masterpiece once the Soviet Union tumbled in 1991 and changed the baddie into a Chinese.

What’s going in reality vs the book?

This is known that the new epidemic of coronavirus has started in Wuhan, China. Yet the notion that the virus was developed in a lab is simply a conspiracy theory that emerged from unverified social networking pages and has since been largely debunked by scientists from both China and the West. Findings suggest that it was carried through bats and most say that it originated in sea food market in Wuhan, China.

The book reads “And Wuhan-400 has other, equally important advantages over most biological agents. For one thing, you can become an infectious carrier only four hours after coming into contact with the virus. That’s an incredibly short gestation period. Once infected, no one lives more than twenty-four hours. Most die in twelve. Wuhan-400’s kill rate is one hundred percent.”

But in actuality, the virus doesn’t kill all and takes 14 days to incubate. The virus poses serious risks to mostly the elderly and for those with a weakened immune system or other underlying conditions. It can be cured provided timely detection and prevention is in place and patient is safely quarantined as well as appropriate antibiotic treatment and caring is done.

Precaution is better than cure has been a norm since long time so the key is to get a strong immune system and don’t panic.

The book though a work of classic fiction is not related to this at all.

Top 10 Week of December 12: ‘Wednesday’ Is the Most Viewed Title This Week; ‘Guillermo del Toro’s Pinocchio’ Is the #1 Film

How to Stop Panic Attack Symptoms